Quick guide to choosing a dehumidifier

Blog / Uncategorized / Quick guide to choosing a dehumidifier
Back to Articles

How to select the right dehumidifier for your needs

Did you know one load of washing can release up to two litres of moisture into the air which can create an ideal breeding ground for mould spores and dust mites?

A dehumidifier helps to control the levels of moisture in the air and prevents the build up of mould creating a healthier environment for you and your family.

What are the benefits of a dehumidifier?

Warning signs you may need a dehumidifier

What is the difference between moisture removal and tank size?

The moisture removal of each model is defined as the number of litres of moisture that can be removed in a 24-hour period.

Always check the moisture removal capacity against the tank size. If you choose a dehumidifier which removes 20 litres of water and it has a tank of six litres it may need to be emptied three times a day.  If you choose a dehumidifier with the capacity to remove up to 20 litres a day and a tank size of 6 litres, the maximum moisture that will be removed is 6 litres until the tank is emptied and the machine gets going again.

Some models have tanks with a cover that stops the water spilling out. All our machine have an automatic shut off when full. There is also a timer on some models.

What is continuous drainage?

Most dehumidifiers offer a continuous drainage option. If you can locate your dehumidifier close to a drain, or sink, the unit will continue to drain saving you the effort of emptying the unit as and when it is full. Even in an environment that is not obviously overly damp, you may find that a two litre tank fills up at least once a day.

What is a laundry mode?

If you’re forced to dry your wet washing indoors  a dehumidifier with laundry mode will help remove excess moisture quickly and effectively.

The laundry mode increases the fan speed so the air in the room becomes drier. This allows the laundry to dry faster cutting down the time moisture is in the air.

Which is the quietest unit?

The desiccant models tend to be quieter to operate than the regular compressor models as they operate in a similar way as a refrigerator with a pump.

What is the difference between a compressor and desiccant?

Traditional compressor models work in the same way as a refrigerator. Refrigerant is pumped around a series of pipes causing some pipes to be very cold and some to be hot.

A fan blows the incoming air over the cold coil causing the moisture in the air to condense and freeze on the pipes. Then the dry air is blown past the hot pipes and is warmed up. At a regular interval the system is reversed so the pipes defrost and the water is collected in the tank for disposal. While it is defrosting the dehumidifier is not dehumidifying.

A compressor model is ideal for moderate to high humidity levels.

Desiccant dehumidifiers use a desiccant material, which acts as a drying agent.

A desiccant has a round disk of made of zeolite that rotates slowly and vibrates. As it vibrates water molecules in the air condense onto the disk. The disk is also rotating. At the top of the disk the moist air is blown by a fan and moisture is removed. At the bottom of the disk warm air is blown past the disk and the water is blown off the disk and is collected in the tank. The air that is expelled into the room is warmer than the inlet air by 10-15°C.

As these units do not require a compressor they are lighter and quieter. As a consequence as they do not work through refrigeration it means they are more efficient at low temperatures making them suitable for sheds, boats and other places which tend to be below room temperature.

What size should I choose?

The size of a dehumidifying unit is generally based on the amount of moisture extracted from the air in 24 hours. It is advised you purchase a larger capacity model over a smaller one because larger units can dehumidify more area in a shorter amount of time.

When considering the size also think about where it is going to stand in your home as it needs to be placed in an area where the air movement is not restricted.

The dehumidifier will be there for a long time so you don’t want it to be in the way.

What is the temperature range?

Desiccant dehumidifiers operate on a different system with the wheel being dried out using hot air so again it will operate down to just above 0°C.

These units are useful for caravans, boats or summerhouses which are not inhabited all the time and where the temperature may drop in cooler weather.

What are the swing louvres used for?

The louvres distribute the dried air to the front and top of the machine so the air is spread evenly around the room. This allows the unit to distribute the air more widely so there are fewer dead spaces where there is no air movement.

Why do some units have filters?

Some dehumidifiers have basic filters that will remove large particles from the air to stop the particles being sucked into the unit.

Some models coat this filter with nano silver (very small particles). This kills any bacteria or viruses that are drawn into the machine and cleans the air that is expelled back into the room.

A manual control is basically a knob that turns that will go from low to high and continuous operation. The higher the setting the more moisture is removed and the lower the humidity in the room. The manual control machines are usually the basic units and often have one fan speed.

The electronic control units are more sophisticated units that can offer more operating options. Options can include pre-set humidity levels. There can also be an option of a timer. Many units have one fan speed but some may have up to three fan speeds for faster drying.

Where should I locate the dehumidifier and are the units easy to move?

Most dehumidifiers have castors to allow for easy movement of the unit. They can be quite heavy and castors can be very useful if you are moving the unit around to different areas. However, we would recommend the unit is placed in a central location, such as a hallway or landing, allowing moisture from the surrounding rooms to flow towards it.

Click here to sign up to our email newsletter to keep up to date with information, new products and special offers.

Disclaimer: Information included in this blog post is intended for information purposes only and is not to be used as a substitute for consultation with a medical practitioner. Images not necessarily to scale. 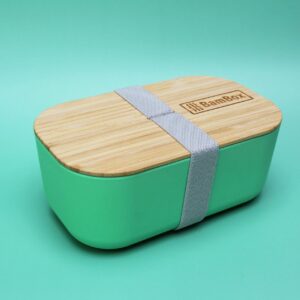